I got around to replacing my headlight lens today. 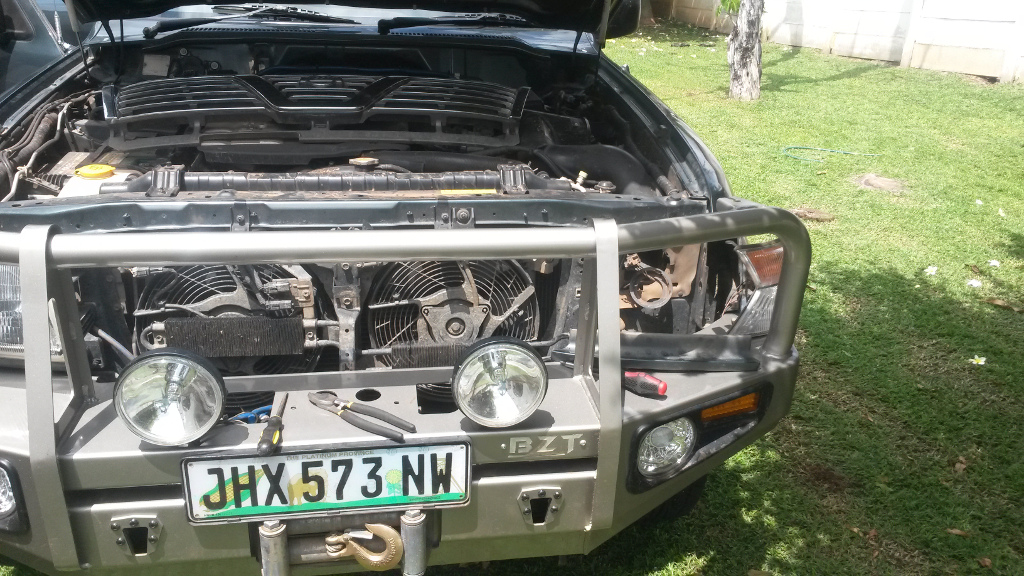 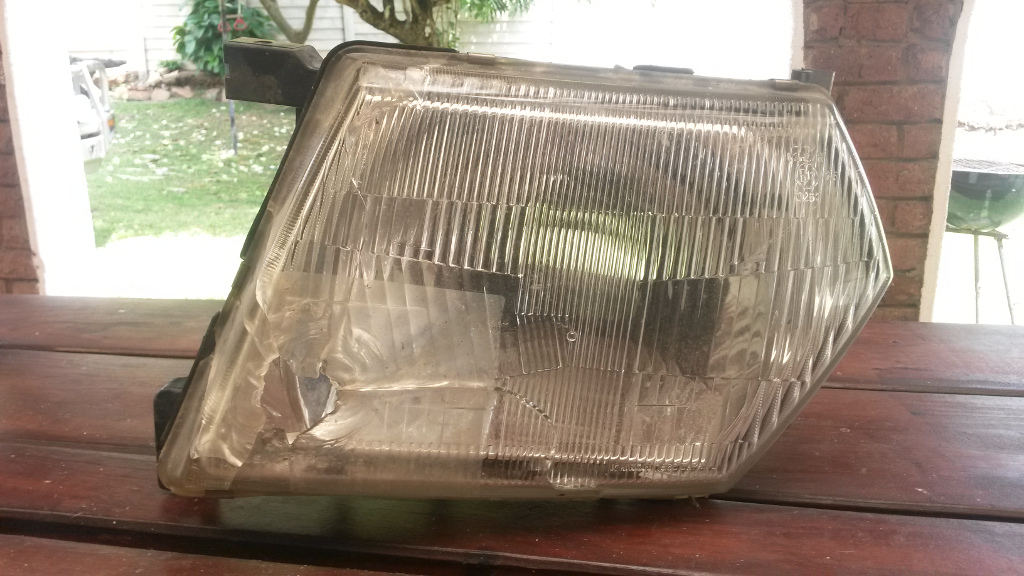 Next step was to remove the six metal clips supporting the lens and then soak the headlight in very hot water (not boiling, but hot) for about 15 minutes. The broken lens came out with very little effort, although one had to sit and pick little bits of glass out of the glue with tweezers. The picture shows the headlight assembly and my "new" lens. 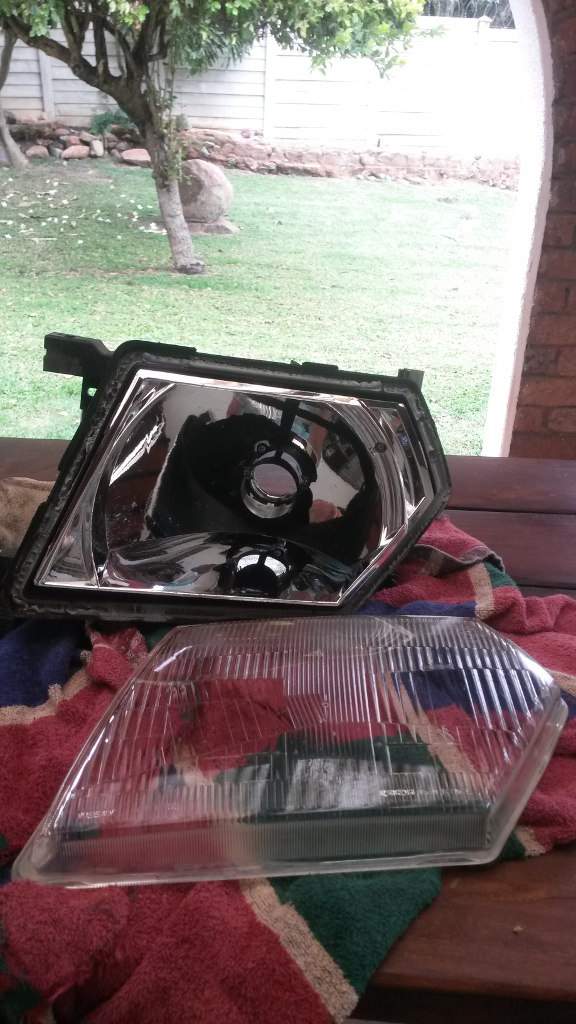 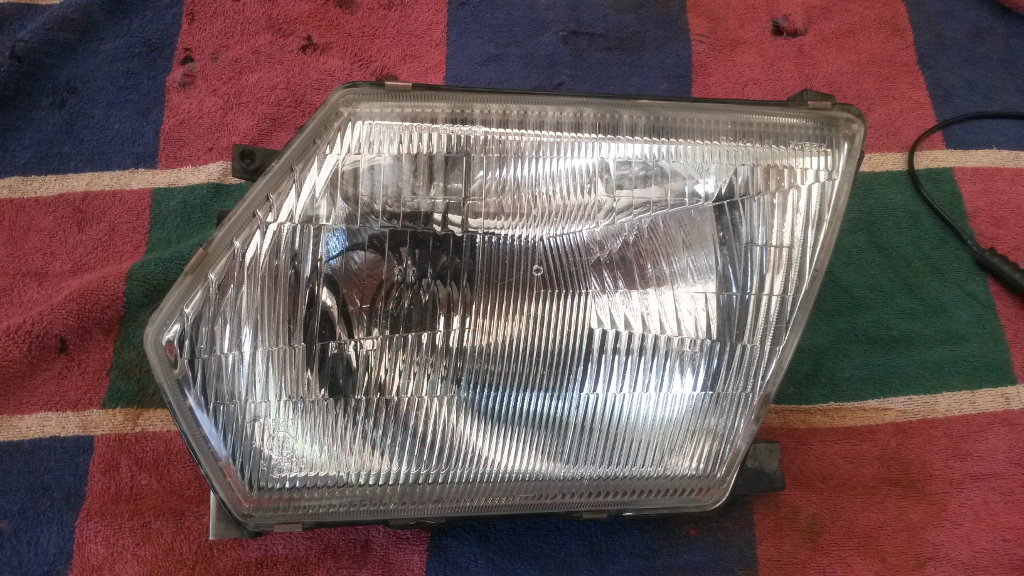 And finally, I put everything back together again. 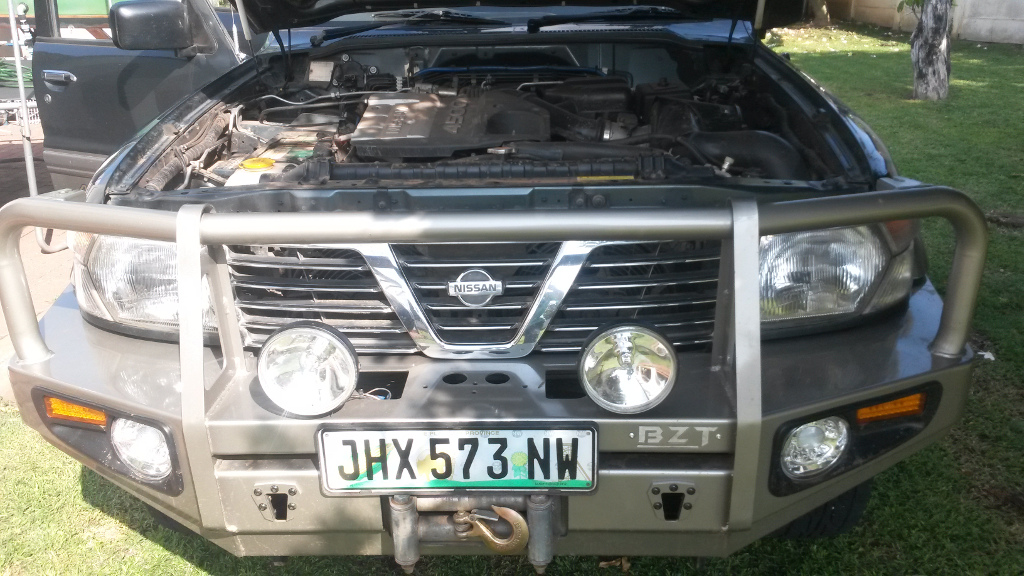 It's a bit of a painstaking job, and quite messy (that glue is terribly sticky). However, it is quite straightforward. Hope it helps someone.
Top

On the way back from Pretoria yesterday, I took the dirt roads from outside Kameeldrif to 10-rooms outside Harties. And then again from Harties again to Brits. After all the rain, the roads are in terrible shape. Potholes, corrugations, mud pools etc. The lens has not fallen out yet, so I guess it has set nicely.

In addition to this, I've decided to build some head-light protectors with some left-over 3mm perspex I have around from another project. The first set will take a while to make, but I'll build a mould for additional sets from the first one. After that, it should be relatively quick.

I'll start a new thread on that and post details on the process as I get around to it. But I guess I'll only start with this on the Easter weekend when I have a nice chunk of time available.
Top

Very nice Ian!! Looks very easy the way you did it and I am sure that glass will be stuck for life
"The Just shall live by Faith" Rom1:17

Where did you get the new lens? I will be interested in a set of protectors as well so please post some pictures once they are done.
Top

PaulvdMerwe wrote:Where did you get the new lens? I will be interested in a set of protectors as well so please post some pictures once they are done.

I got a broken light with a good lens from David Volschenk. He might have a good light / lens. Ping him and hear...
Top
Post Reply
5 posts • Page 1 of 1