I have now built up what I think is pretty much the perfect dual battery system and winch setup.
Some of my requirements were that I wanted to be able to start the vehicle and run my winch from the second battery (or at least support the main battery when winching), thus I used 50sqmm cable from front to rear. I also wanted to be able to see status of the battery (voltage) without having to connect a volt-meter. I also can see voltage of the main battery at any time, as the TPMS system also has a voltage readout.

For the second battery my ideal solution was a 100ah lead crystal Deltek battery placed inside a National Luna plastic battery (fits perfectly).

I have placed an in line high amp fuse which I bought on ebay - this very neat unit also has a digital voltage readout which I connected via a small switch, so that the voltage read out does not work continuously and drain the battery when I leave the system on the shelf for long periods. At any time I can just flick the switch and see the volts.
I have selected to have a Ctek D250 DC-DC charger that can take input from the alternator or a solar panel, and can charge at 15amps. I have also decided to use a Ctek 25000 (25amp) AC-DC charger for when I have the opportunity to do a quick charge via mains electricity. I can connect these chargers to charge both batteries simultaneously or individually.
I can isolate the two batteries either at the rear battery or the main battery by means of a suitable large Brad Harrison connector.
I laid the cables under the vehicle along the chassis longitudinal strut and drilled two holes on the floor to pass the cables through to the cab at the back. I used two suitable grommets to seal the area where the cables pass through the bodywork.
As I bought all the main components onteh internet (amazon and ebay) The whole set-up cost a fraction of what it wouldbeauty of this whole set-up

The only thing still to do is decide what, and how many plug points to fit on the battery box for the various accessories like fridge, etc. Maybe someone can advise??

I also made some very heavy duty battery terminal attachments for connecting the winch and the thick 50mm cables that run to the back. I also upgraded all the winch cables to 75mm – this has made a massive difference in my winching power – in my view one of the main reasons why winch does not perform adequately is due to voltage drop over the cables which result in loss of power and even burnt out motors. I also fitted a wireless winch control and new generation winch winch solenoid box (1/5th size of old Warn box).

I also replaced the warn M8000 motor with the 6hp motor that fits on the 9500 winch, effectively making my winch a 13000lb winch due to the gearing – the end result is awesome difference – with 2 batteries connected and more powerful motor on the winch so I no longer need to hassle with the snatch-block when winching the boat..

As I bought all the main components described above on the internet (amazon and ebay), the whole set-up cost a fraction (1/3) of what it would have cost if trying to source locally in ZA - I am very fortunate that I also do not have the high shipping costs as I collect directly in the USA either via colleagues or myself travelling. 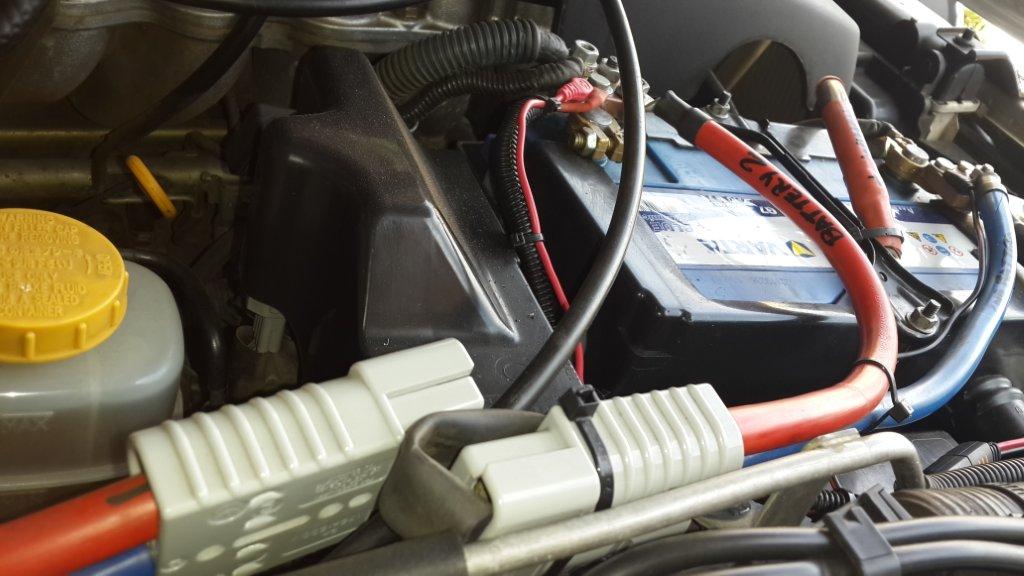 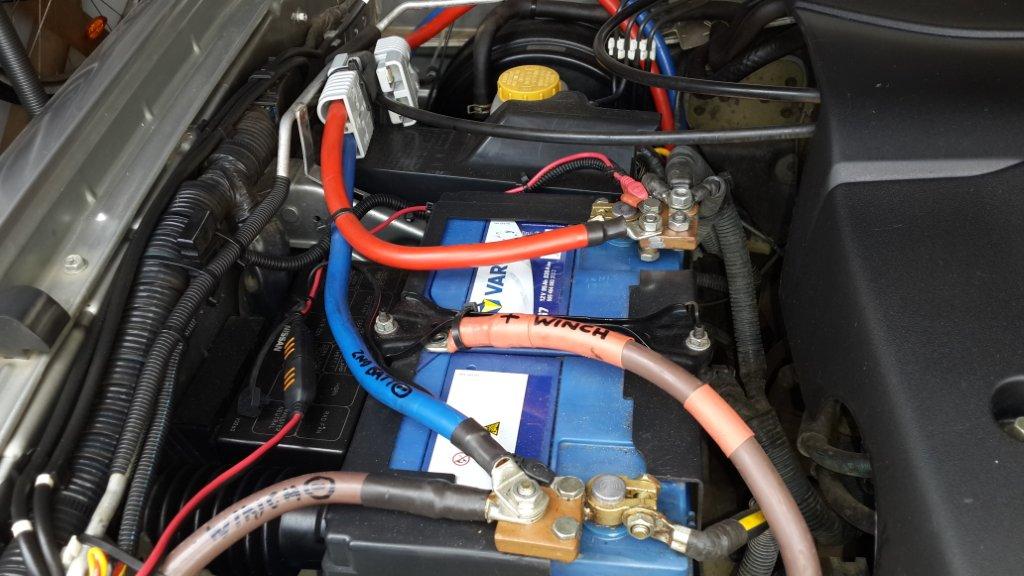 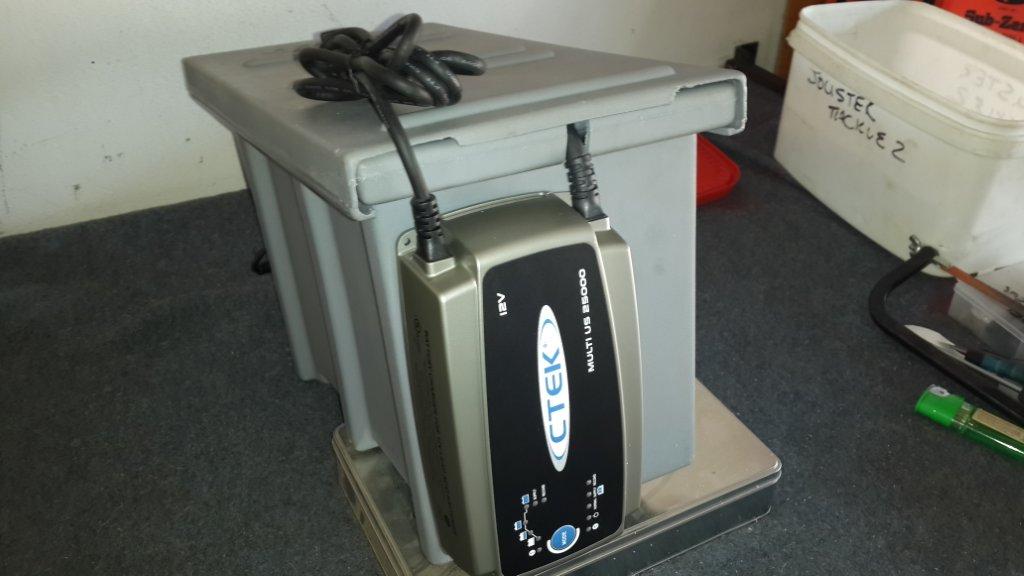 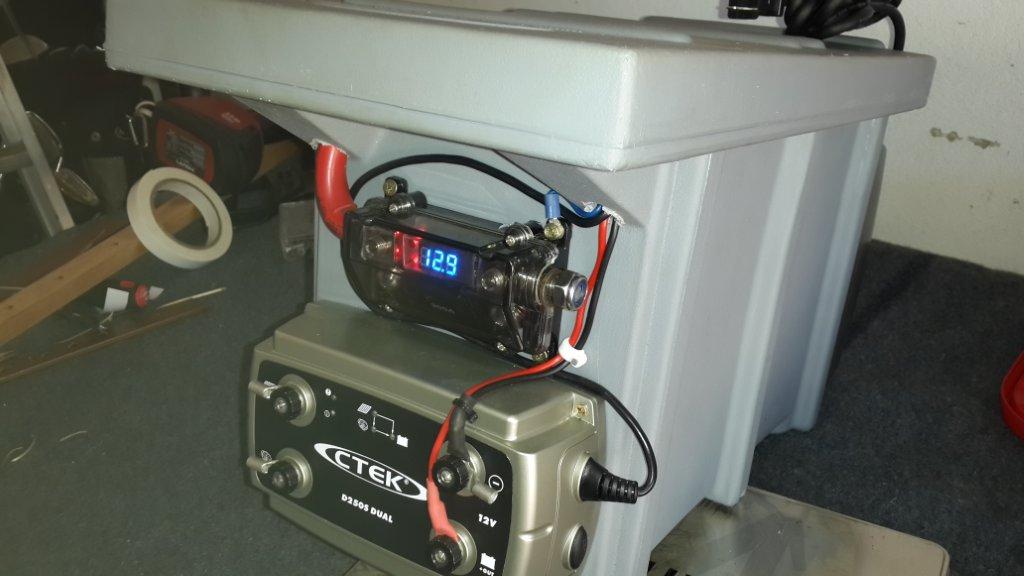 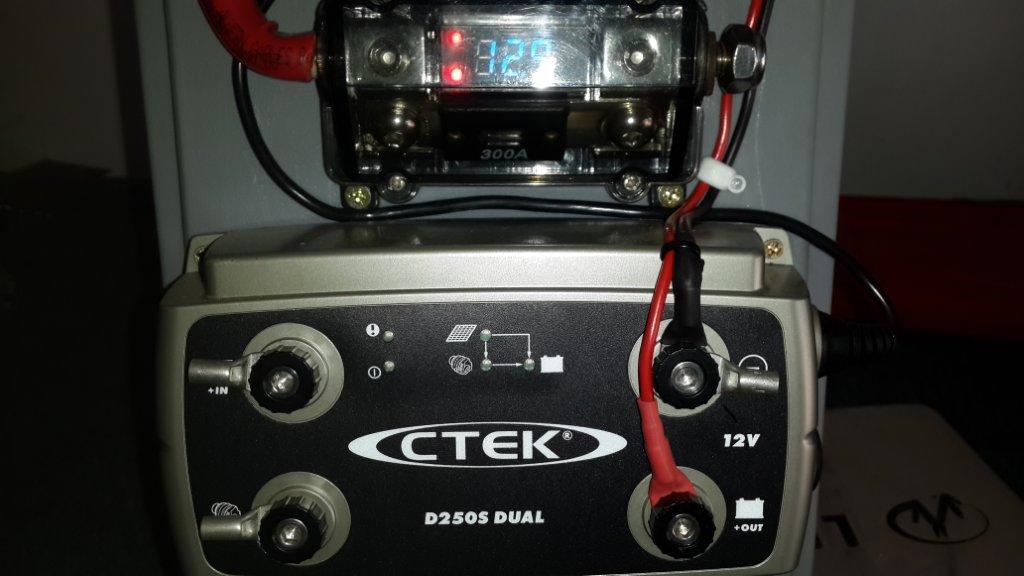 Nice one man ......I would suggest you use a brad harrison for your frige to connect to battery the others rattle loose
Top

Chris Skinner wrote:As I bought all the main components described above on the internet (amazon and ebay), the whole set-up cost a fraction (1/3) of what it would have cost if trying to source locally in ZA

In my opinion most 4x4 accessories are overpriced, and once purchased underutilised, in South Africa.

One thing that I still find peculiar, when I was driving trucks in Europe, I always had a fridge (compressor type) running as well as my laptop and some rechargebale torches etc.
Add to that the adverse temperatures of Russia and Marocco, plus in the European winter-darkness, trailer lights being used in the evenings and mornings for off-loading and the inverter and cab lights operating every evening. Over weekends the truck had to remain stationary (hence generally switched off) as per EU driving hour regulations. I never switched off the fridge and every night the most of the additional power consuming devices worked. Then the batteries also had to crank the 10.4 or 10.2 liter V6 diesel engine countless times on a daily basis. There was no special electrics other than a built-in low battery cut-off, still allowing enough oomph to start the engine. Some weekends this bugger came into play. It had just two standard 180Ah 1000CCA batteries. Over a spectrum of slighty under three years, no battery failure whatsover.

Is a much cheaper, and longer life solution, not then a proper battery? Those 180Ah monsters was about double the size of a car battery, hence equal to two batteries. What i am not sure about was the Amperes the Alternators could deliver - I guess that was also not comparable with passenger cars and will upset my whole speculation...
Top

The sealed crank battery works fine as long as you don't let it get below 10.5 v but maintaining a charge is sometimes a problem when not in use. Batteries wants to work . That's why I like the lead crystal
Top

Marnus, I hear what you say and definitely some merit in having biggest battery available - but they are large and heavy.
When in the bush for a week or more with no power available except engine and solar charge, then you want the best quality charger available however - in my case I think I have chosen a good pair in the D250S DC-DC and the 25000 Ac-DC for a quickest possible charge shold you get a couple of hours stopover near mains power. One of these 100AH batteries can only run a fridge for approx 2 days so at some stage you need to charge them and engine charging is expensive. I still intend to get a solar panel.
Yes, agreed its hardly affordable to buy these items in ZA and we get ripped off properly - eg: why is the CTEK25Amp charger (MXS25 locally) R5k here (at Bushpower) and I got it for just over R2k overseas.
As far as battery concerned I agree with Tinus - the Lead Crystal is the way to go. I have done a few tests and am seriously convinced that this battery is significantly better than any other make locally available.
Top

Hi Guys
As Im preparing for a Bots trip for next week, and giving the Troll some much needed TLC (tightening loose wheel bearings etc) I thought I would give some feedback on this old thread.

I still have this basic battery set-up and working well. I now have a Stalker Cheetah stainless offroad trailer also with a battery and have added a solar panel to charge that/run a fridge during the day.

.
SInce bought I've done numerous trips, used it to winch my boat, and when I'm home it is in my 2 battery 24v UPS Inverter system. I have had to replace my normal deep cycle batteries twice during this period - - what a phenomenal battery!